Art and Culture of Gaya

While Buddhism was born in Gaya, Hinduism also evolved as a religion in Gaya itself. With Gaya playing important role in India’s two great religions, its art and culture obvious ought to be very rich. In fact Gaya is one of the few places in entire India where culture of Buddhism and Hinduism have seamlessly merged together to give rise to unique and distinctive culture. Here is detailed information about cultural ethos and lifestyle of Gaya people including its important festivals, languages,

Gaya and Buddhism are simply inseparable. And nowhere in entire Gaya is the Buddhist culture more visible and celebrated than in small town of Bodh Gaya. The town derives its name from Bodhi Tree, underneath which Siddhatha attained enlightenment and came to be known as Buddha. For this very reason every year millions of Buddhist devotees from across the world flock here to seek spiritual inspiration. And with them they bring the aura of Buddhist culture and way of life to town of Bodh Gaya. But Gaya’s bond with Buddhism and its culture is most visible on sacred day of Buddha Purnima – day when Buddha was born. 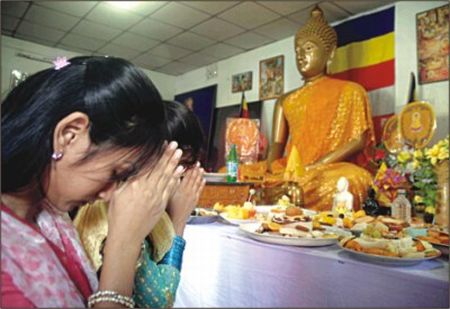 On this auspicious day the famous Mahabodhi Temple is thronged by millions of Buddhist devotees and entire complex is adorned with lights and color. But best part is that even local Hindus from across Gaya District visit Mahabodhi Temple and enthusiastically celebrate Buddha Purnima with Buddhist devotees. The union of Buddhism and Hinduism on auspicious Buddha Purnima day obviously adds immense cultural fervor of this place.

Any discussion about culture of Gaya would be incomplete without mentioning about Pitru Paksha Mela. A week long cultural festival or rather religious festival that usually takes place in the month of September. The venue of this religious festival is the famous Vishnupad Temple, one of the sacred temples of Bihar. Millions of Hindus from across India throng to Vishnupad Temple complex and take dip in nearby rivers for attaining Moksha (salvation) for departed souls of their ancestors. This entire ritual is called Pind dan in Hindi and this religious practice has been in existence for thousands and thousands of years. 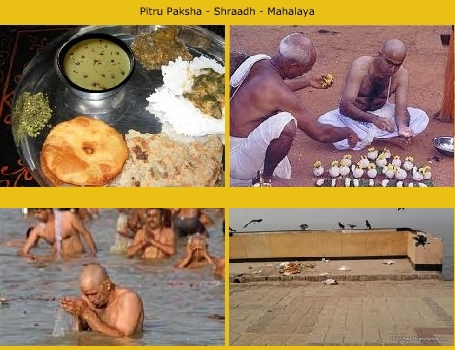 In fact it is believed that even Gautam Buddha had performed Pind dan near Vishnupad Temple. Besides, Vishnupad Temple is equally sacred for Buddhist devotees too. In other words, this week long cultural festival is another testimony of deep bond that Hinduism and Buddhism share in Gaya District. Overall, Pitru Paksh Mela is important part of Gaya’s cultural identity. And this is exactly why entire Gaya District comes to standstill when this week long cultural festival starts in the month of September.

Gaya doesn’t have its own unique language or dialect. Hindi that is characterized by typical Bihari accent is the main language throughout the district. Nonetheless, other popular Bihari dialect like Magahi and Bhojpuri is widely spoken in certain parts of Gaya District.


Music and Dance in Gaya

Although Gaya doesn’t have its own unique folk dance and music, but since time immemorial Indian classical music has always found appreciation and following here. In fact Gaya Gharana is one of the prominent musical gharanas here. Besides, traditional Buddhist music and dance of South East Asian countries is also widely practiced here. But it is mainly concentrated in Bodh Gaya town, where Buddhist pilgrimages keep flocking round the year.Overall, Gaya’s culture is indeed very rich. This is mainly thanks to this place’s religious history, which is deeply steeped in history of Buddhism and Hinduism.