A city of great historical and mythological significance, Gaya, in Bihar is the second largest city in the state and the headquarters of the Gaya district. Many dynasties have ruled Gaya during various points in time in the Magadh Region. Gaya has been a very important element in the cultural history of the Magadh region from the 6th to the 18th century AD, a period of about 2300-2400 years. The first dynasty to rule over Gaya was the Sisunaga dynasty who exercised power over Patna and Gaya around 600 BC. 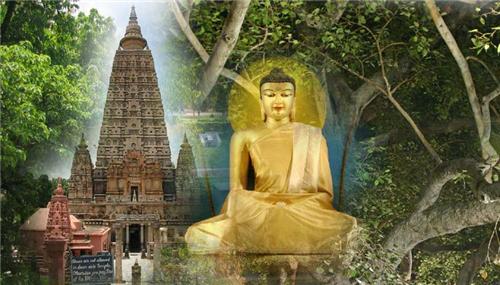 Many dynasties have ruled Gaya during various points in time. Gaya has been a very important element in the cultural history of the Magadh region from the 6th to the 18th century AD, a period of about 2300-2400 years. The first dynasty to rule over Gaya was the Haryanka dynasty which exercised power over Patna and Gaya around 600 BC. The ruler of the dnasty had popularised Gaya with the outer world as it was during this period that the region experienced revered saints like Gautam Buddha and Bhagwan Mahavir. Bodh Gaya, about 11 km away from Gaya is a place where Mahatma Buddha attained enlightenment. The places around Gaya like Rajgir, Nalanda, Vaishali and Patliputra laterer emerged as important towns in India. After Haryanka dynasty came the rule of Nanda dymasty and Maurya dynasty. The Nandas ruled over Gaya for a shorter period of time and then the entire Magadh region came under the Mauryan rule with Ashoka (272 BC – 232 BC) embracing Buddhism. The first temple at Bodh Gaya was built by Asoka to commemorate Prince Gautama's attainment of supreme enlightenment. The Mauryans who ruled from Patliputra or modern Patna did a lot to make the places around Bodh Gaya flourish. 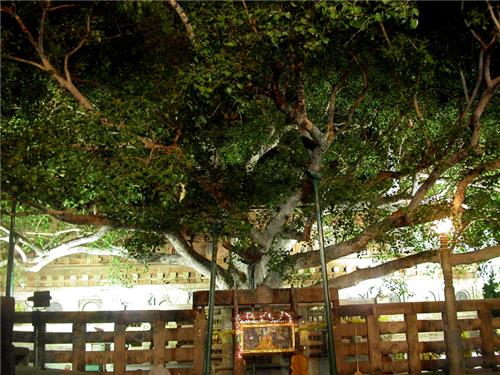 Post the Mauryan era, Hindusim revived in Gaya with the coming of the Guptas during the 4 th and 5 th century A.D. Gaya remained for long under Gupta Empire whose ruler Samudragupta made significant contribution in bringing the city on the map of India. The present temple of Bodh Gaya is believed to have been built during the reign of Dharmapala, the son of Gopala as the Pala dynasty which ruled after the Guptas.

The rule during the 12th century again went in the hands of Muhamaddan rulers as Muhammad Bakhtiyar Khilji invaded the region. During the end of the 16th century, Sher Shah ruled over the place for a short period. The area came under the Mughals after the fall death of Sher Shah. Post the battle of Buxar in 1764, Gaya was handed over to the Britishers and like other parts of India, was freed from the British in 1947.

The modern history of Gaya shows that during 1810 AD, Gaya had two parts. One was where the priests resided, called Gaya and the other the residence of lawyers and tradesmen, called Elahabad. It also came to known later as Sahebgunj owing to the developmental work done by a renowned collector “Saheb”- Mr.Thomas Law. Bihar Vibhuti Dr Anugrah Narain Sinha, Bihar's first deputy Chief Minister cum Finance Minister and the great nationalist was born here. Till 1864, Gaya formed part of the district of Behar and Ramgarh. It attained the status as independent district in 1865. Century later in
in May 1981, Magadh Division was created with the districts of Gaya, Aurangabad, Nawada and Jehanabad.